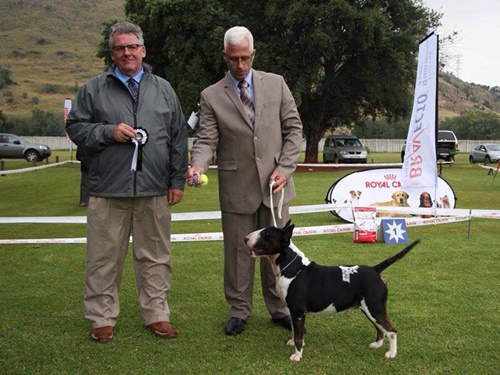 Recent Results from the Show Circuit

Again a great show weekend for the Rion Bulterrier Kennel!! 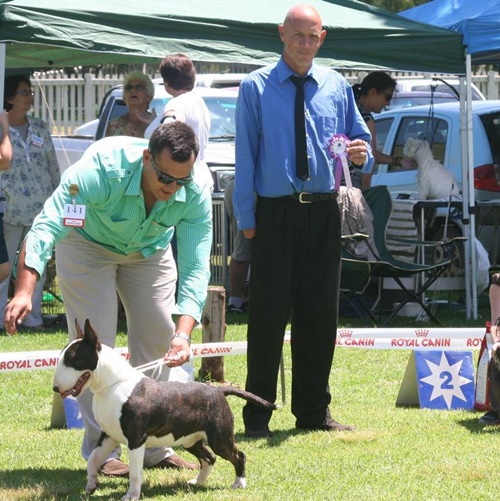 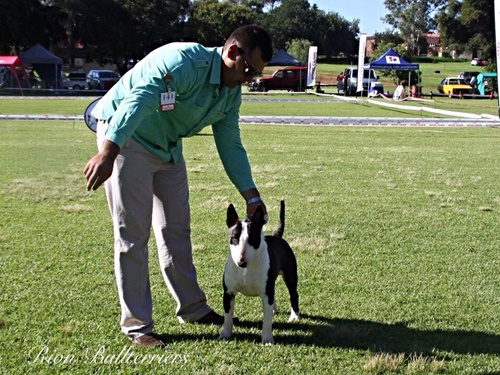 Hudson won the Junior Class and earned an Excellent grading.

WE HAVE ANOTHER CHAMPION!!
Our girl RION DOUBLE INFINITY “FIFA” is no officially
JUNIOR CHAMPION OF RUSSIA

We are very proud of our girl, well done to Alexander in Russia

Che does it again 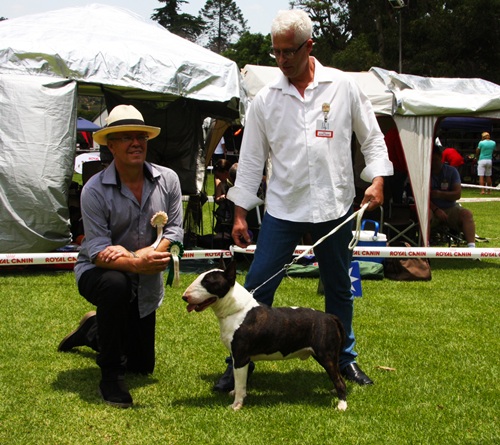 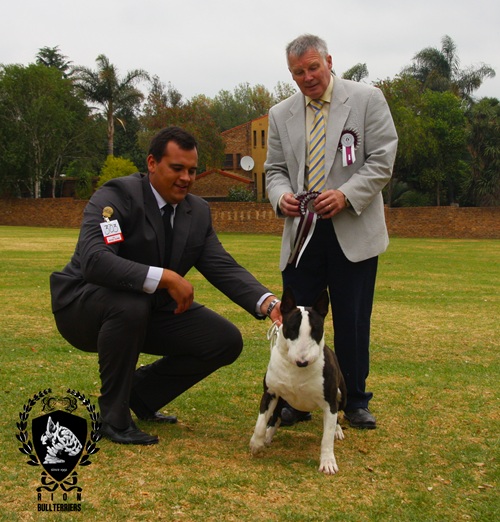 Rion Double Infinity ” Fifa ” wins again!!
She won yet another Best puppy In Show in Russia
at a large bull terrier specialty Show 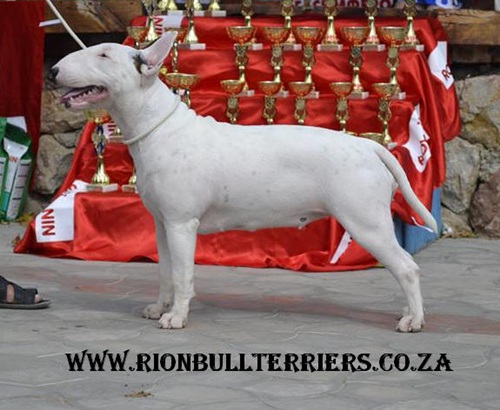 The judge for this event was World Renowned
International Bullterrier Breed Specialist
Mrs. Carol Larkin from the Booksale Kennel. 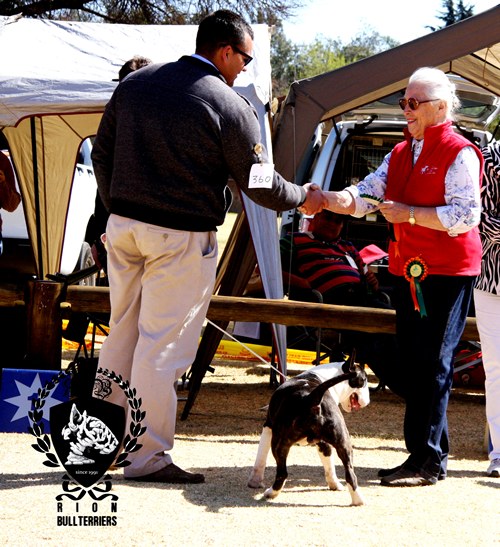 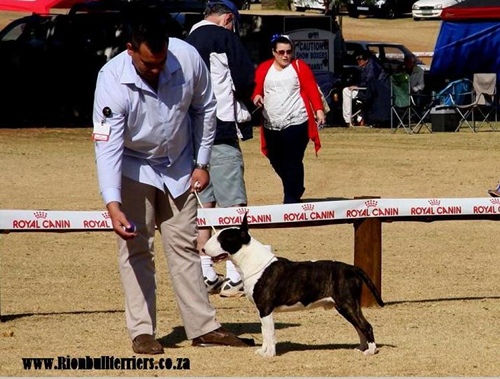 On 4th July 2014 at the Natal Terrier Club Championship Show 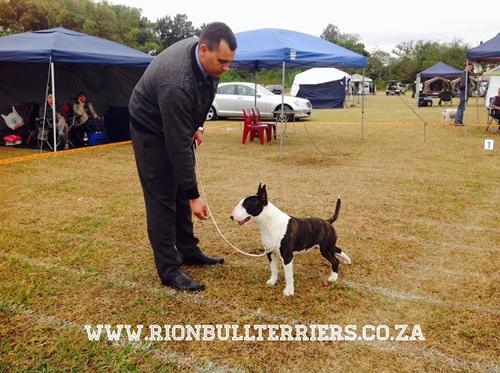 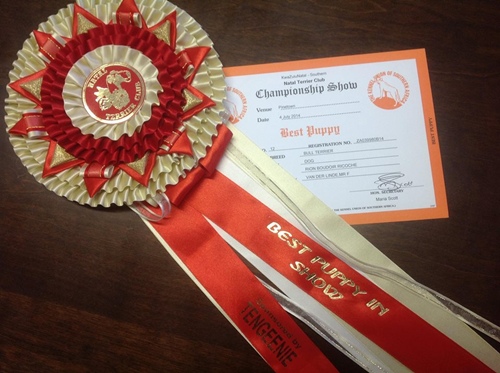 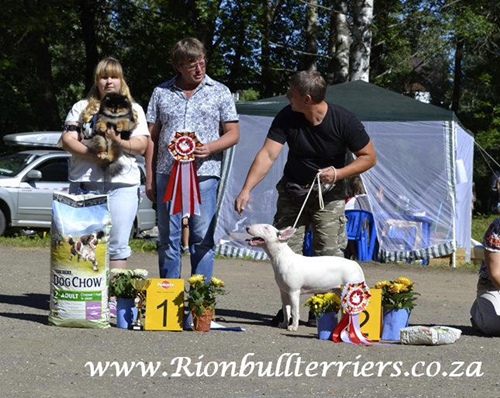 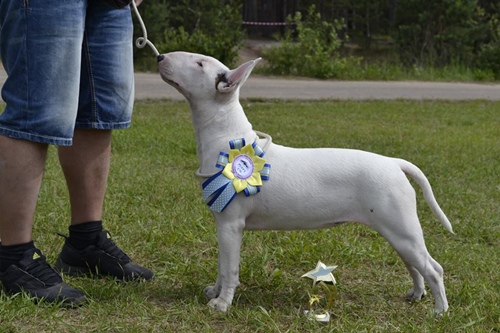 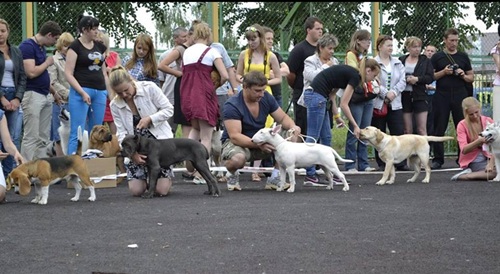 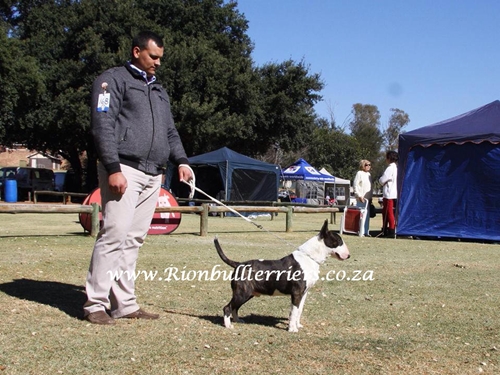 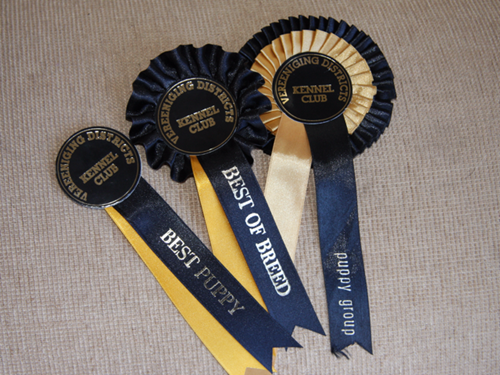 NEWS JUST IN!!!
we no present to you

Congo does it again!!
Our boy Int.Ch. Rion Double Stitch “Congo” wins yet another
CACIB this weekend 17th May 2014 in Russia
He is doing s proud! 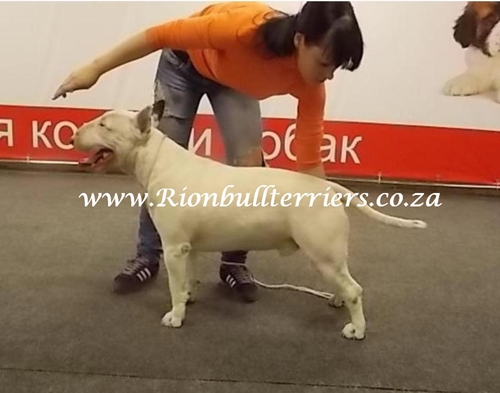 RION DOUBLE STITCH “CONGO” has been crowned
RUSSIAN CHAMPION
after he won multiple CACIB’s,Best of Breeds and Best In Show in Russia
Our boy keeps on waving the South African Flag abroad. 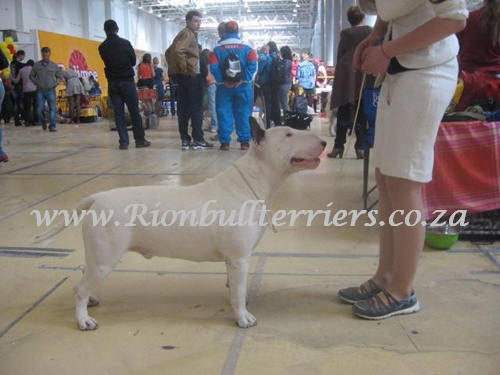 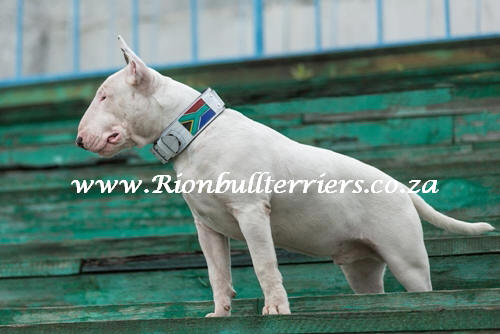 Fantastic news just in….”Rion`s Double Stitch” winning Best of Breed
and…wait for it…wait for it ……BEST in SHOW!!!…
this weekend on the 23rd of February 2014.
He is now a “Russian Junior Champion” @ 13 Months old.
We are so proud of the mighty “Congo”!!… thank you Tatyana! 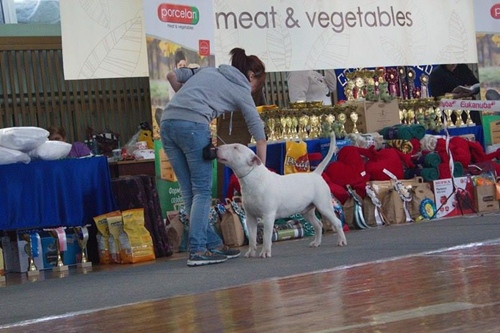 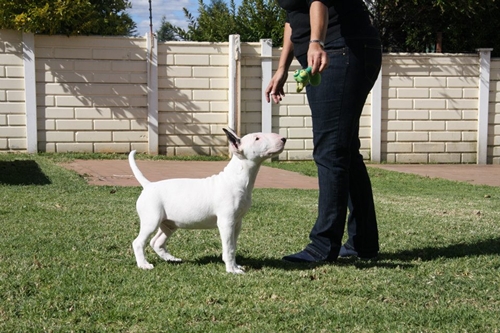 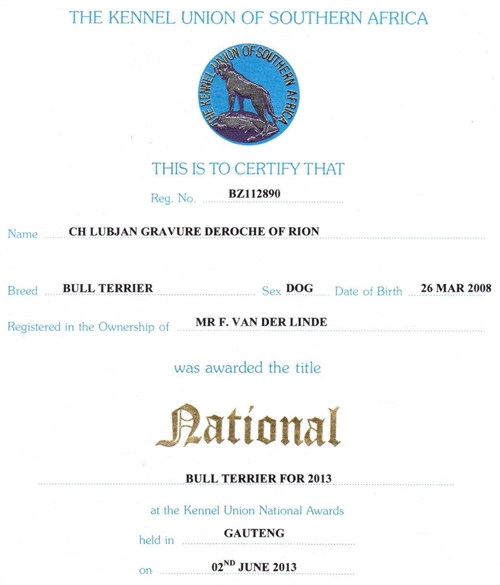 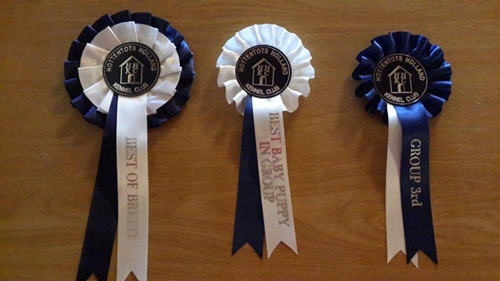 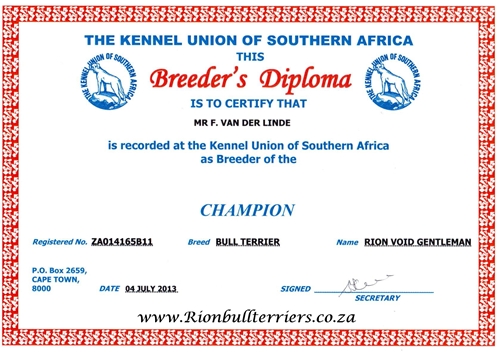 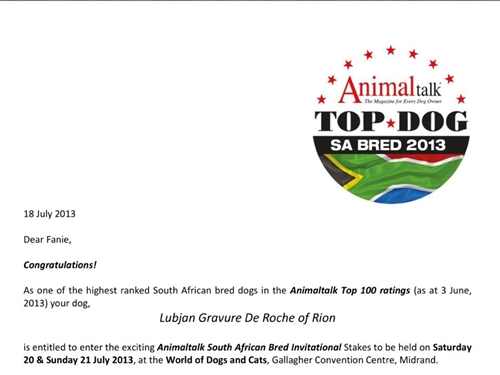 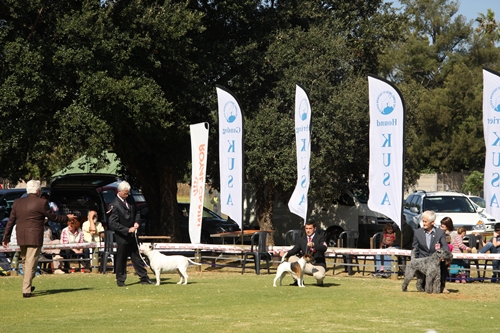 Building on the “Ferro Dynasty”

this weekend shows 2013-05-25/26 at East London and Port Rex Kennel Club Championship Shows… “Rion`s Void Gentleman” flew to her
championship status in no time at all.
Jane just a bit more than 18 months old were beaten only by her
father “Ferro” for the Best of Breed. 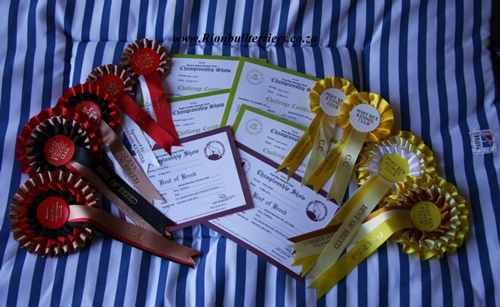